Bipolar personality disorder can be a confusing diagnosis marked by erratic moods that swing between artificial highs (mania) and desperate lows (depression). These swings can be sudden, unpredictable, and difficult to diagnose. Though its causes aren’t fully understood, some risk factors have been identified, and there are effective treatment options available.

30-50% of those with bipolar disorder will develop a substance use disorder in their lifetime.

According to the National Institutes of Health’s (NIH) Mental Health division, approximately 2.8% of Americans 18 and older currently suffer from this disorder, with the numbers skewed slightly higher for men than women. Notably, the highest rate of prevalence was among 18- to 29-year-olds, 4.9% of whom are bipolar.

There are a range of factors that seem to bring on the condition; the exact causes aren’t known, but there seems to be a strong case for bipolar disorder heritability. The journal Application of Clinical Genetics reports that researchers believe genetics comprise 60-80% of its causes.

Other risk factors for bipolar disorder, according to Healthline, may include:

If someone else in your family – especially immediate family members – has been diagnosed with bipolar disorder, you should consider getting screened for it as well. You and your loved ones should also become familiar with the condition’s symptoms, which may overlap with other mental health issues.

Conversely, bipolar depression may be marked by: 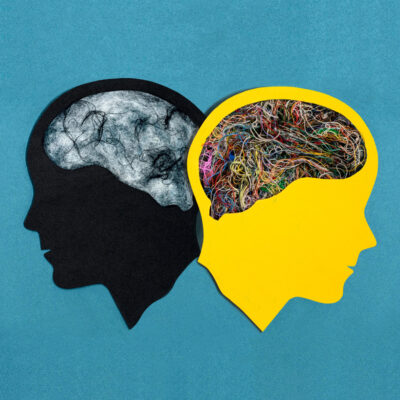 Other symptoms may include intellectual disability, behavioral abnormalities, mood disorders, anxiety disorders, attention deficit, impulse control deficit, and psychosis. According to Clinical Genetics, “About half of those diagnosed with bipolar disorder also suffer from distorted experiences of reality, known as hallucinations and delusions.”

Given the varied nature of these symptoms and their potential blurring with those of other disorders, it can be difficult to diagnose bipolar disorder. As the statistics indicate, its symptoms often begin to surface in adolescence or young adulthood.

Clinical Genetics also notes, “In addition, anxiety disorders, abuse of illegal substances, alcohol dependence, and attention-deficit/hyperactivity disorder often co-occur with bipolar disorder.” However, the writers observe that how these problems work together “is not well understood.” It’s possible they share a common genetic cause, but researchers have yet to confirm this.

About half of those diagnosed with bipolar disorder also suffer from distorted experiences of reality, known as hallucinations and delusions.

According to SAMSHA (Substance Abuse and Mental Health Services Administration), from 30-50% of those with bipolar disorder will develop a substance use disorder in their lifetime. They report that people with co-occurring bipolar and alcohol use disorders are less likely to respond and adhere to treatment and more likely to be hospitalized and attempt suicide than those dealing with bipolar disorder by itself.

Researchers hypothesize that patients use drugs or alcohol to self-medicate the symptoms they experience, or that their co-occurrence is because of “overlapping disorders of the systems in the brain that regulate impulsivity, motivation, and the feeling of reward.”

Managing the condition is possible, and a combination of treatments may be most successful. The mood stabilizer lithium is commonly used to help manage symptoms and can decrease the risk of suicide. Anticonvulsant, antipsychotic, or antidepressant drugs are among the other options. Drug treatments will likely be most effective when used in tandem with psychotherapy, cognitive behavioral therapy, and/or family therapy.

Bipolar disorder presents a confusing array of symptoms, but early diagnosis and treatment, particularly through integrated therapies, offers hope to its sufferers. To learn more or to get help, contact us today.