A serious disorder characterized by extreme highs and lows, bipolar can be managed with proper diagnosis and treatment.

What is Bipolar Disorder?

Bipolar disorder, also known as manic depression, is a severe psychological mood disorder that causes extreme shifts in mood, attitude, behavior and energy. The hallmarks of bipolar disorder are manic highs, where a person experiences heightened energy and mood, and depressive lows, where they experience low energy and sadness or irritability. Bipolar disorder is a serious mental health issue that requires the proper treatment in order to be managed.

Why It’s Difficult to Diagnose

During manic episodes, a person with bipolar disorder can feel excited and overly self-confident, often needing less sleep and experiencing a sense of euphoria. Depressive episodes are often characterized by extreme sadness, despondence, and listlessness. These highs and lows last for days at a time, rather than hours. Manic episodes can vary in severity, lasting anywhere from a few days to more than a week. However, there may be times when a person with bipolar disorder has a balanced mood, and mania may manifest itself more as irritability than euphoria.

Since bipolar disorder can be hard to diagnose, it’s important to know what to look for if you think you or someone you know may be at risk. 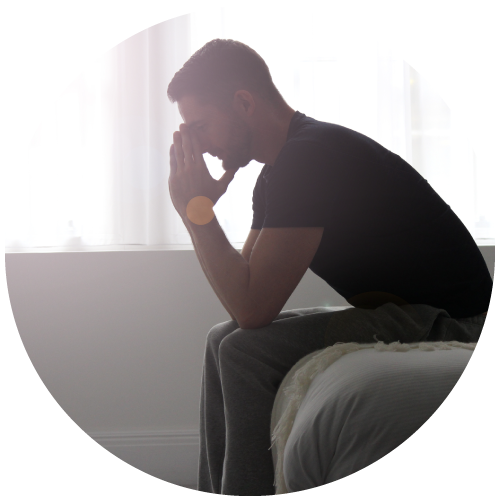 Some people with bipolar disorder also experience psychotic features such as delusions and hallucinations.

According to the Substance Abuse and Mental Health Services Administration, about 30-50% of people who suffer from bipolar disorder will develop a co-occurring substance abuse disorder at some point in their life. Co-occurring disorders can complicate the treatment process of both disorders, which is why it’s important to diagnose and treat both, as well as any other underlying mental health issues, simultaneously.

If you think you or a loved one is suffering from bipolar disorder, it’s important to seek treatment from a trained professional. At The Meadows Texas, our highly trained staff work with clients to diagnose and address all mental health and addiction issues concurrently, including any underlying trauma or causes for the disorders. According to SAMHSA, studies have shown that many people with bipolar disorder are more likely to have experienced childhood trauma, so looking into any potential past trauma is an important part of any treatment program.

Our tailored approach offers therapies like Cognitive Behavioral Therapy (CBT), Dialectical Behavioral Therapy (DBT), and cutting-edge neurofeedback from The Meadows Texas’ Brain Center, among other options. With the right treatment plan, you can manage bipolar disorder and start on the path toward healing

GET ANSWERS TO YOUR QUESTIONS