That old adage of not talking about politics has never felt truer than it does today. And since we seem stuck in a cycle in which the next election campaign begins as soon as the current one ends (or sooner), to many it feels like there’s no break. And most of us could really use one.

As has been widely noted in the last two election cycles, the constant stress of politics can have subtle and not-so-subtle impacts on our mental health. The pandemic and the emergence of public health concerns have definitely exacerbated this.

The politicizing of public health, the constant presence of other hot-topic political issues in the news and public discourse, the shift in how news is reported, and the ubiquity of news and information all come together to make politics seem inescapable. These factors have also contributed to Americans becoming more politically polarized.

More and more we congregate inside our own bubbles where we confirm our biases and connect with others who share them. We end up following those we agree with and we ignore those we don’t.

According to political scientist Ian Bremmer, the number of Americans who identify politically as “consistently conservative” or “consistently liberal” has gone up sharply in the last 20 years. “More and more we congregate inside our own bubbles where we confirm our biases and connect with others who share them. We end up following those we agree with and we ignore those we don’t,” he writes in Business Insider.

That tribalism can lead to tense family, social, and work situations, in which we try to guess which of our own political views we can reveal safely to whom. Guessing wrong can leave you ostracized or worse, put you out of a job or on the outs with family.

Americans Getting Sick Over Politics

A study by the University of Nebraska-Lincoln led by political scientist Kevin Smith tried to measure the impact of politics on our mental health. According to the research published in US News & World Report, nearly two out of every five Americans say politics is stressing them out, and one in five are sleepless or have had friendships damaged over politics. “A surprisingly large number of American adults perceive their engagement in politics as having negative effects on their social, emotional, and even physical health,” says Smith.

One in five are sleepless or have had friendships damaged over politics.

Neuroscience News dug into some of the study’s findings:

They summarize the study bluntly: “We’re making ourselves sick over politics.” While the study was done in spring 2017, it wouldn’t be surprising to find the numbers even higher if conducted today.

Unfortunately, rather than bringing people together, the COVID pandemic seems to have created a new wedge issue, encompassing the debates about masks, restrictions, and whether or not to take one of the fast-tracked vaccines. Predictably (and sadly), the rhetoric deployed in such discussions has not made anyone on either side feel any better about the other.

“If you’re going to call me an idiot … that isn’t encouragement [for me to get vaccinated],” says University of Alabama professor Stephanie McClure in USA Today. “You usually don’t get anywhere by attacking people.” 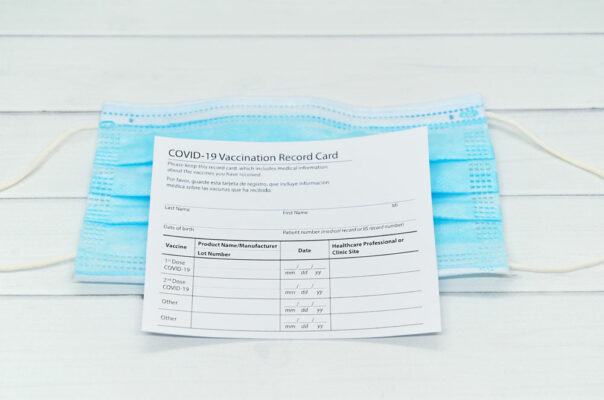 In response to finger-pointing at the “unvaccinated,” Dr. Gleb Tsipursky, whose PhD is in the history of behavioral science, says labeling people by categories is not helpful: “You’re fixing them into these groups.” Instead, he and other experts agree that using positive language, having constructive conversations with family members, and striving for more patience with each other are more persuasive options than name-calling or shaming.

“The number of adults with symptoms of depression or anxiety spiked [during COVID] from one in 10 to about four in 10,” says psychologist Adam Grant in The New York Times. One thing he says we’re missing is community: “Peak happiness lies mostly in collective activity.” He says we find our deepest joys in what he calls “collective effervescence.” Obviously, for many of us this has been curtailed or shut down because of the pandemic, so finding ways to recapture those collective experiences may be another key to emerging from gloominess.

So how do we cope with stress from our over-politicized, polarized environment? There are some good, general ways to reduce stress and positively influence our mental health that will work here, too. US News & World Report suggests the following practices:

Perhaps a better specific suggestion is taking a break, short-term or even permanently, from news and social media. Most of us live on information overload, and much of it is unnecessary to living our lives. So, instead of doom-scrolling for hours, try being strategic about what you take in and from where.

Another idea is to consider having an intentional and sober sit-down with a family member or friend you can trust whose views are different than yours. Take the time to genuinely understand his or her views and how they came to be. Knowing this person is on your team, even if he or she is not on your political side, may help to make you more empathetic towards others.

If at any point you find the stress to be more than you can bear, don’t be afraid to reach out for help. The professionals at The Meadows Texas understand the importance of your mental health and want to help you where you need it most. Contact us today to learn the next steps in getting on the other side of anxiety, depression, addiction and more. We may not be able to control the political climate of the world, but we can definitely help you learn to control your response to it.