This legal drug is one of the most commonly abused

Considering how socially acceptable drinking is, not to mention legal once someone turns 21, it’s not surprising when alcohol addiction isn’t always taken quite as seriously as other types of substance abuse.

Binge drinking refers to consuming large quantities of alcohol in an single sitting while heavy drinking relates to a large number of drinks over the course of a week.

Often portrayed as a harmless way to decompress after a long week at work in popular television shows and movies or a social lubricant to make sure “everyone has fun” in commercials, alcohol abuse causes 88,000 deaths (62,000 men and 26,000 women) every year according to the National Institute of Alcohol Abuse and Alcoholism.

Despite harrowing statistics like the aforementioned, alcohol addiction is often difficult to detect and confront for a variety of reasons. For one, if someone remains high functioning in work and relationships while abusing alcohol, it can be difficult for someone to acknowledge there’s a problem.

Secondly, some struggling with alcohol addiction may not even realize how much is really too much. According to The Centers for Disease and Control and Prevention, “a drink” is .6 fluid ounces of pure alcohol — the equivalent of one 12-ounce can of regular beer, five ounces of table wine, 1.5 ounces — or a single shot — of brandy, cognac, gin, rum, tequila, or whiskey.

What Defines Too Much? 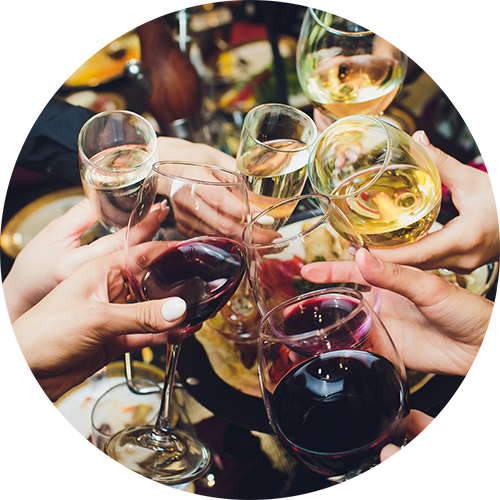 Serious Help for a Serious Problem

Alcohol addiction needs to be taken seriously because while it can start innocently enough, it can develop into a compulsive and unstoppable habit with real, life-altering consequences. While it may feel like the cure-all for masking emotional and physical pain, prolonged use can become alcohol addiction that severely impacts someone’s brain chemistry. When the brain begins to signal an intense physical need to continue to use of alcohol, what was once recreational use can become dependency that takes control of someone’s life.

If left untreated for too long, alcohol addiction can result in diminished health, job loss, and estrangement from the people you love the most. While alcohol may offer short-term relief from whatever you’re struggling with, extended use only exacerbates the problem since the root cause wasn’t addressed. Not surprisingly, alcohol addiction can lead to a number of physical mental health disorders, not to mention demoralizing consequences for those who care about the person who is struggling.

Alcohol Rehab at The Meadows Texas

For proven treatment methods, including inpatient care and detox services, that prioritize hope and healing for substance abuse and mental health conditions, including alcohol addiction, The Meadows Texas can help give you the comprehensive tools you need to change your life.